A recent New Yorker (October 30 issue) had an investigative article which provided exhaustive account of the extensive marketing behind the proliferation of OxyContin .  I do mean exhaustive on several levels: the reporter devoted many hours and commendable effort to the piece.  (One disgusting aspect of indiscriminately attacking the press is how such criticism fails to consider the intense devotion and occasional exposure to bodily harm that journalists endure as they work to inform those of us comfortably ensconced with our magazines and devices).

Also exhaustive, the variety of emotions that were piqued as I read.  Outrage, grief, despair, disgust, mourning, panic.  I’m pretty sure my psychic distress was enough to wake up my three year old from his slumber, upset because I was so intensely disturbed.

There can be no doubt that the Sackler family (founders of pharmaceutical company Purdue), absolutely decided to pursue an aggressive marketing scheme designed to increase the use of a demonstrably addictive narcotic.  Utterly ignoring the multiple warnings by governmental and medical entities that they desist, and that there was a crisis looming, the response was to double down on the notion that the drug wasn’t the problem, the people were.  Never mind that the ad campaign itself misrepresented the dosage time, and so increased the likelihood of withdrawal symptoms.

The public good utterly ignored for the sake of massive profits.  And now, maps like this: 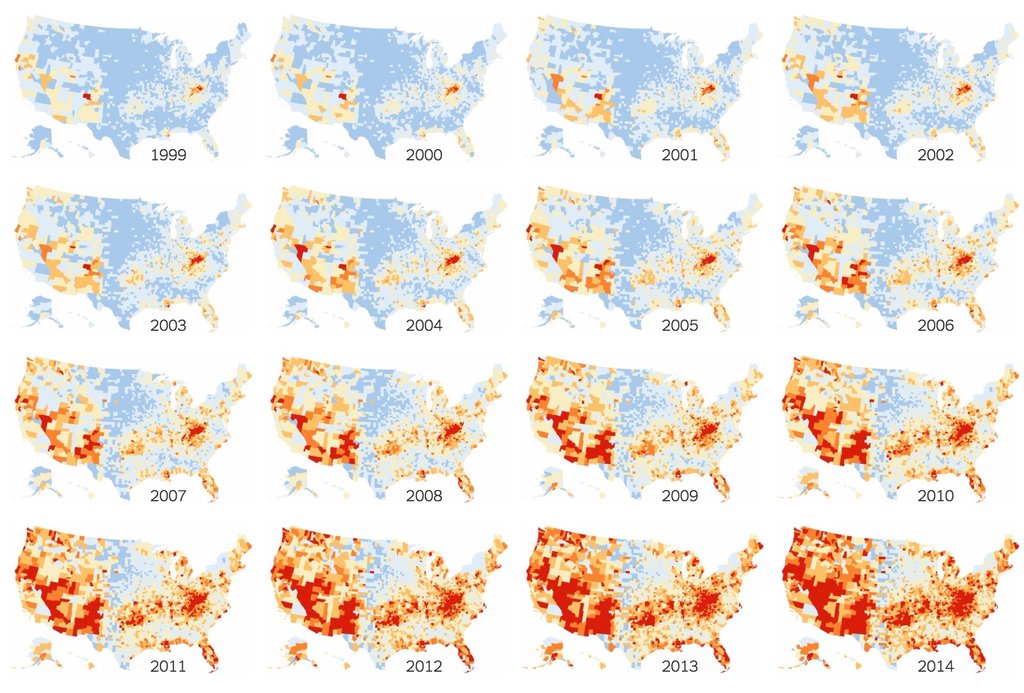 I look at the evidence of death through profiteering in the opioid crisis, and realize it is not the only instance of such immorality.

Years, as in decades, ago I recall an article I read about violence.  A study showed that when soldiers and others used bullseye targets to practice shooting, the “kill rate” of actual humans in combat was much lower than when training used human shaped targets.  Apparently, there is an ingrained hesitation in our psychology that makes us question and avoid the killing of our species.  And apparently, that natural inclination toward the preservation of human life can be overcome by making the gunning down of a human form into a habitual, reflexive response.  That old article was hypothesizing as to what a larger desensitization to violence might portend to us as a society.

Well, the video game industry is multi billion dollar at this point, so of course there are few mainstream concerns raised over the level of violence portrayed by increasingly realistic and interactive graphics.

All these mass shootings.  I read that part of the investigations focus on what kind of life was lead by the gunmen.  I would not be surprised if these men, like so many of our recent American male generations, spent many hours in front of a screen occupied by the rote and automatic killing of digitized human forms, rewarded for the number of kills with the prize of ever deadlier weaponry.  Normalizing cold-blooded murder as entertainment.

Overdosed bodies overflow the morgues.  Slaughtered innocents add to the tally of American exceptionalism of citizen on citizen gun violence.  The record-breaking profits of companies continue unabated, purchasing silence at the cost of our very lives.